I've spent quite some time reworking the FSM system I was using. The one I used with scriptable objects. It gave me some nice flexibility. I could set up behaviors with a nice interface. But anything new required quite a bit of overhead at first.

Over the past weeks, I wrote an entirely new FSM system. It uses a more traditional approach of writing classes for the FSM and the states for each character. It took some time because I wanted to take into account all the cases I already had.

I was skeptical throughout the process, but I was surprised how easy it was to transition to the new system. After a couple of days using it I was convinced it was the right choice.

With the new system in hand, I was able to implement the charged dash attack. I want to give players more flexibility and options, while also keeping the game easy to get into. 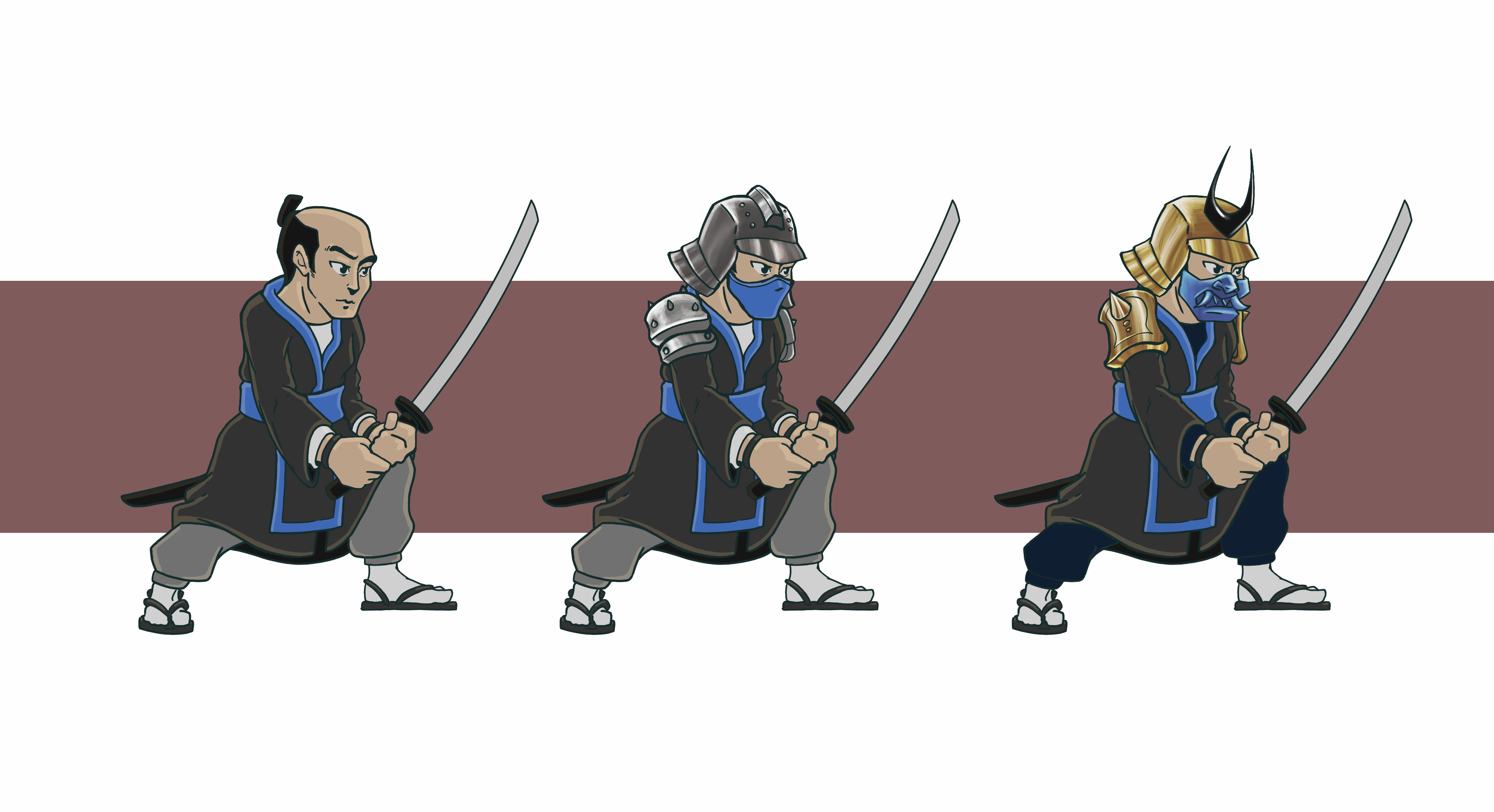 Last but not least is that I'm working on 2 new enemies. As you can see their variation of the basic samurai enemy. They'll have different behaviors. Facing a mix of them will be interesting.

Work should go faster one these enemies so I want to have them in place for the next build (v.0.8.0).

Note: If you're making a game in Unity and need an FSM, mine is available here so feel free to give it a go.