For this month I managed to get around 84 hours into the project. I'm working with a new artist to get the next areas done and then some enemies.

Quite a few of my UI was reworked. It was bugging me for quite some time. It's still not final, I'm not happy with it. But as I keep saying, it's better than it was before. That's what is important for now. 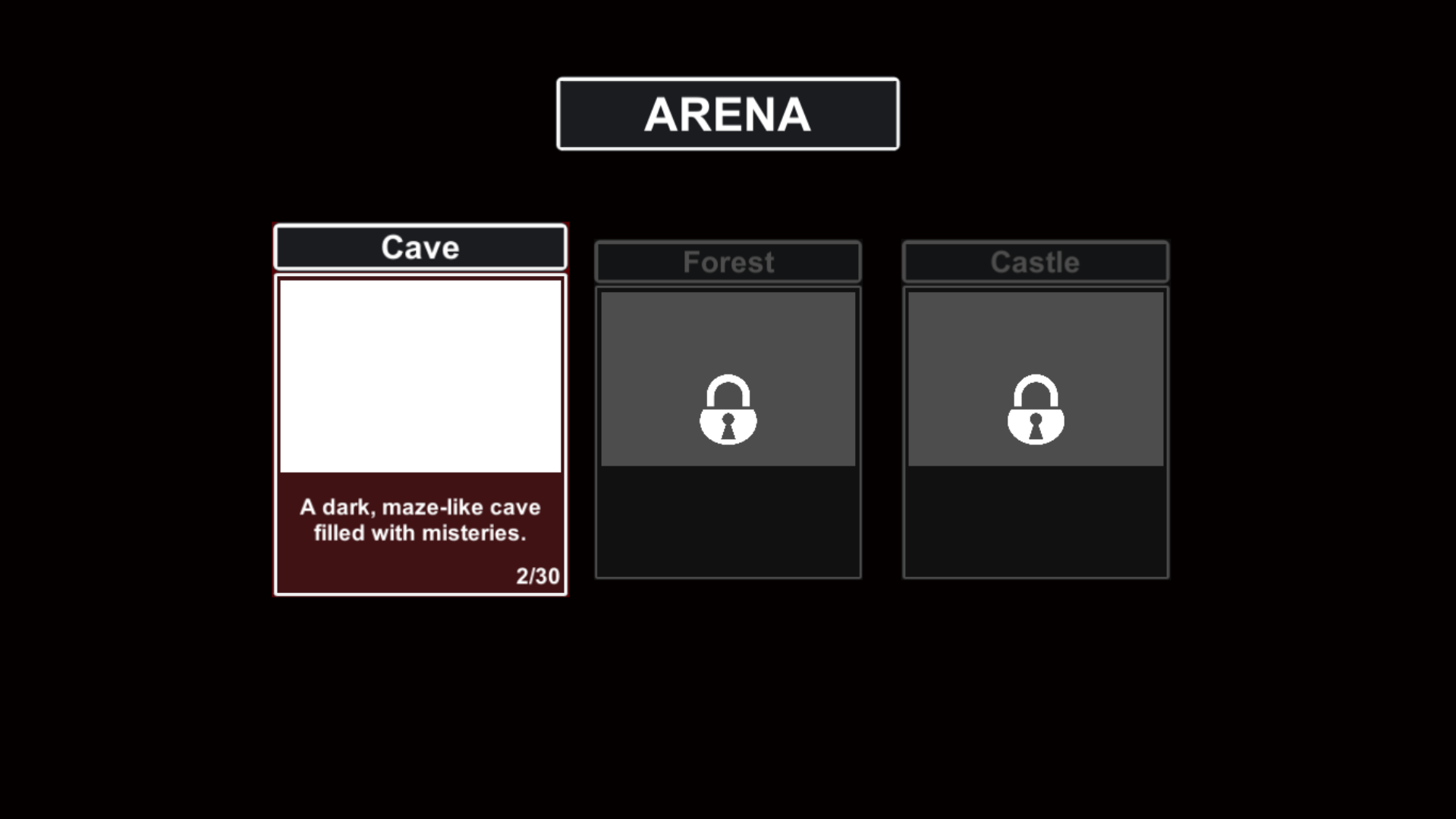 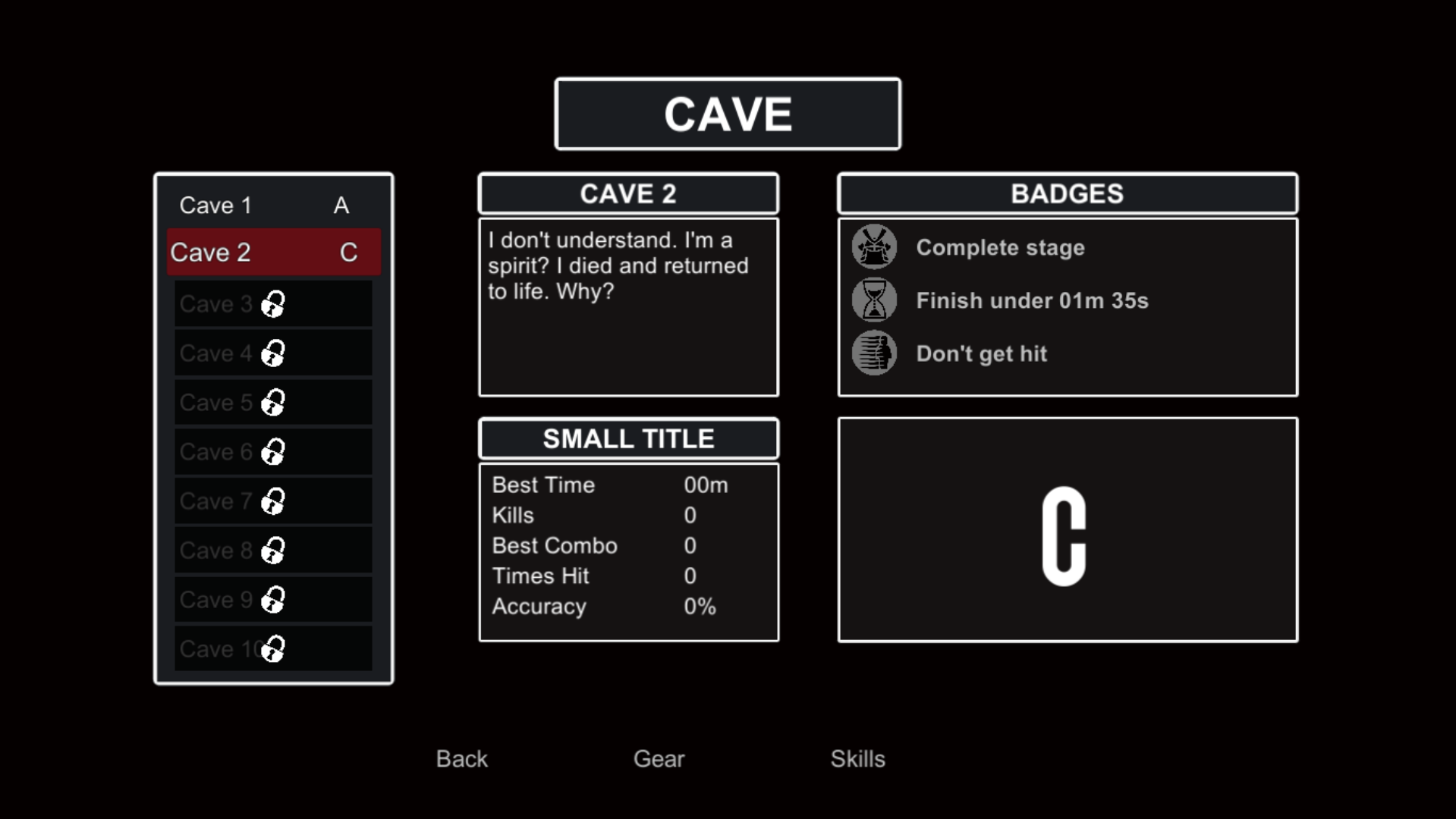 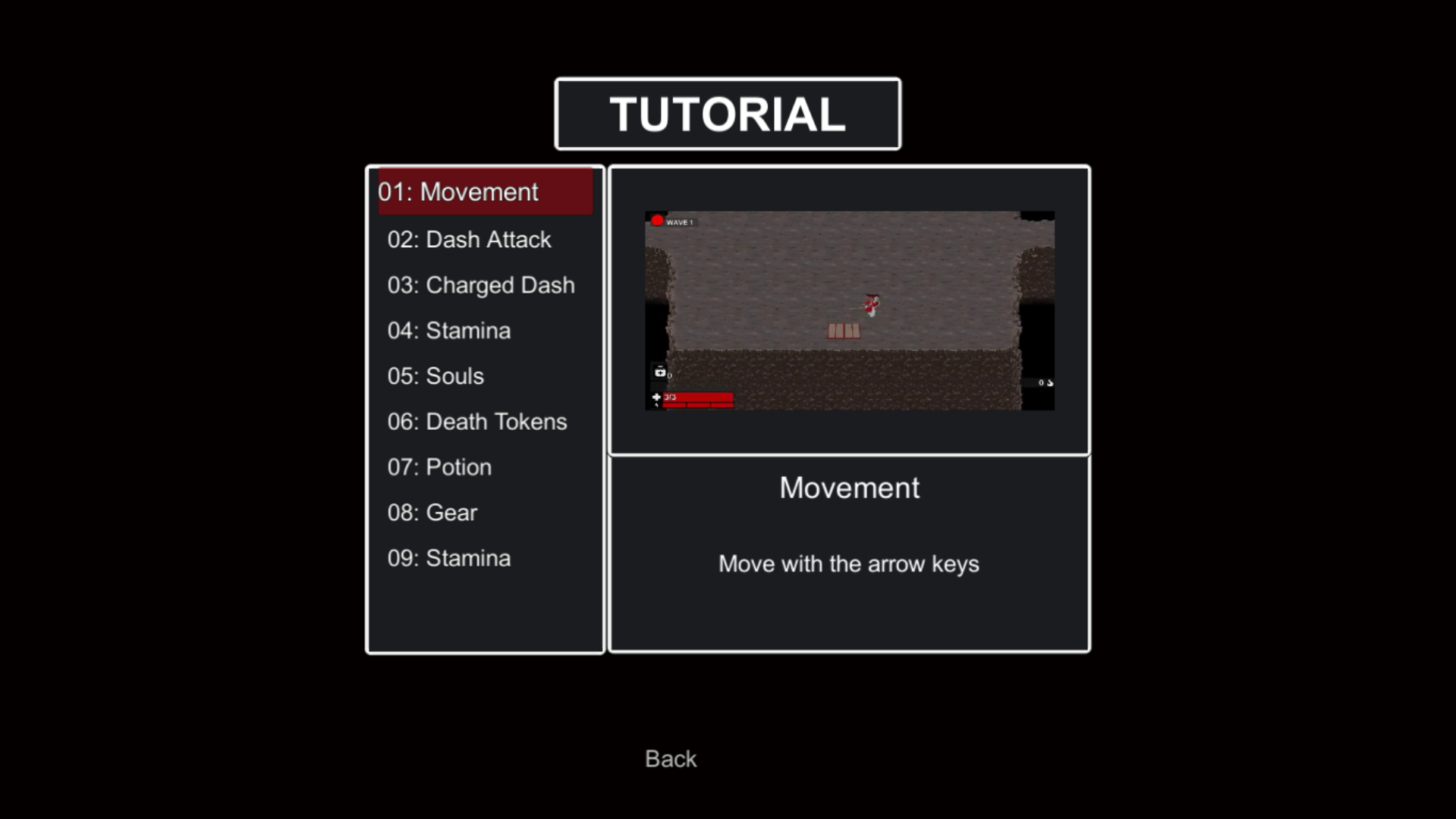 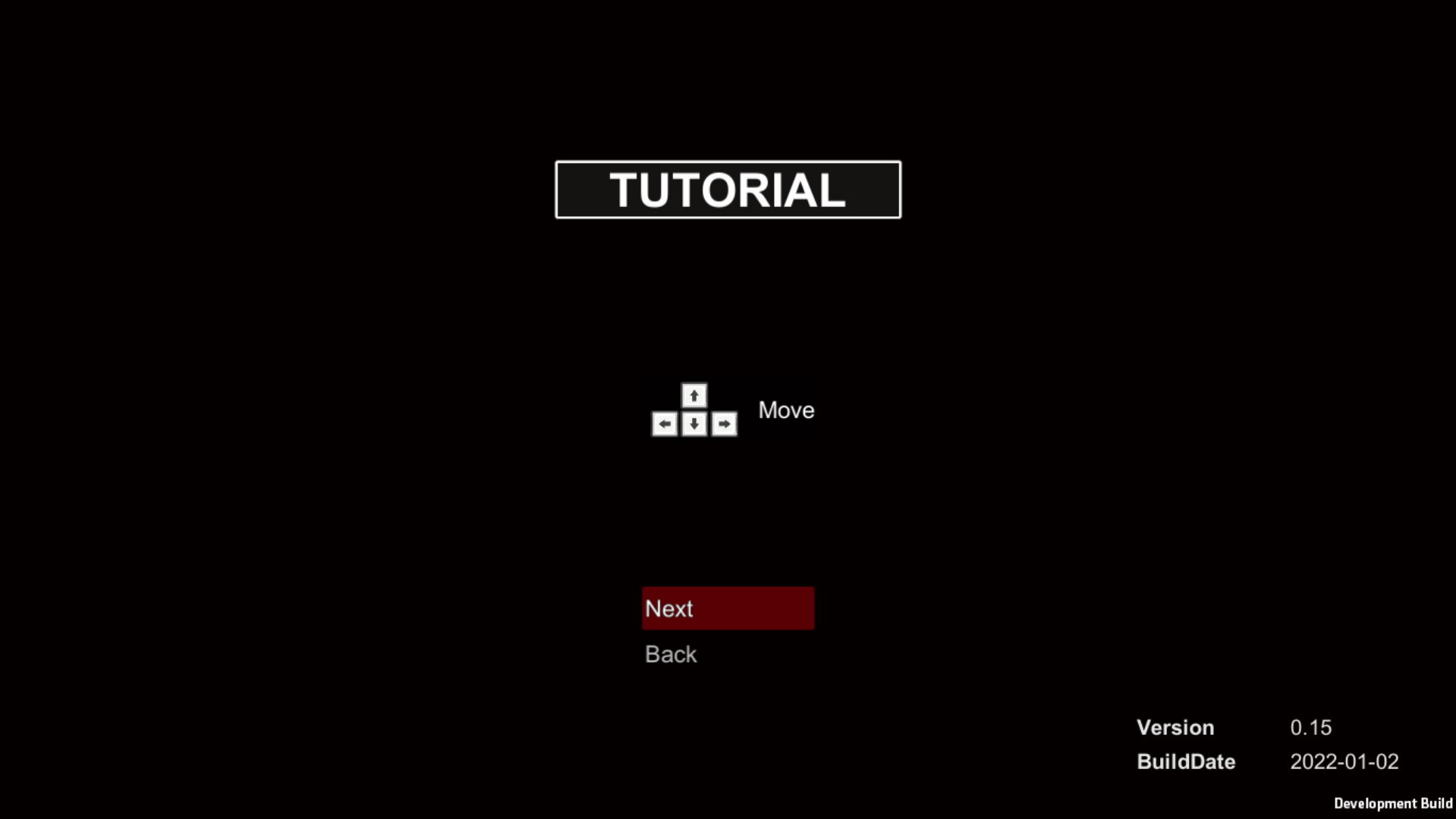 I was able to test the Castle tileset. The artist is new to making tilesets, so it took a bit of back and forth. I used Tiled to stress the tileset. It seems to work quite well. I'm happy with it. It matches the style, and it was a must-have for me. 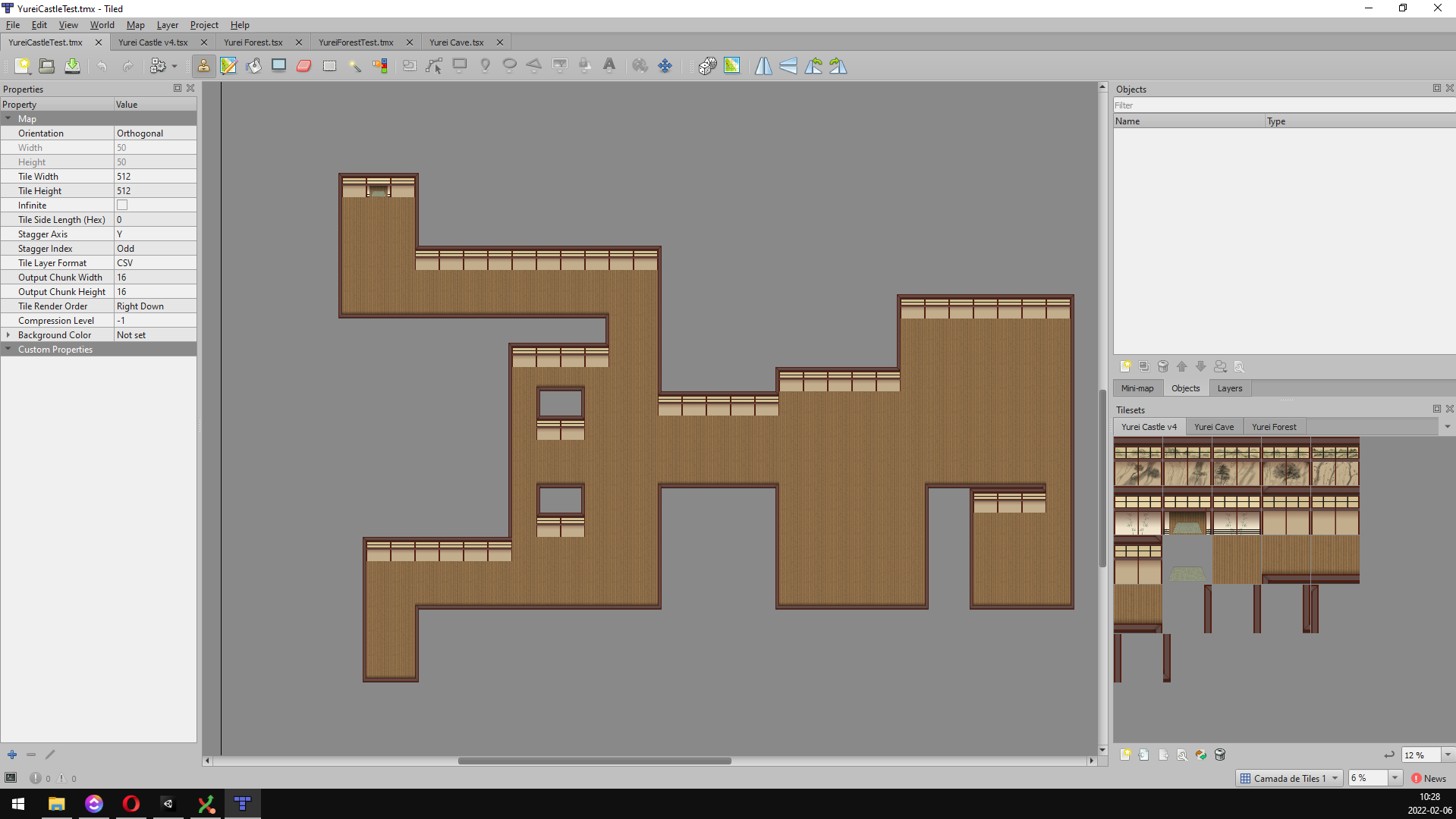 Reworked my Game FSM to Animator

Up until now, I've been using my implementation of an FSM. It's a simple FSM and a State class. It worked well on a previous project. The main drawback is that I had no visuals for it. So debugging could be a problem.

I decided to toy with the Animator and tried to hook up a similar system to it. Surprisingly it didn't take much effort. The result is I have the same FSM features plus the Animator window for debugging.

Gear was on my mind for a while. Gear will act as a permanent upgrade. While skills will add different behaviors, you have to activate the skills you want. They aren't permanent upgrades. The screen is similar to the skills one, and I plan on merging those and just adding a tab for each.

The combo system is one of those features I wanted to do for quite some time. It ended up being super easy to get it done since I already had all the rest in place. I iterated on the UI for a while and I'm pretty happy with the final result.

I've finally implemented the boss enemy. I need to iterate more on it. I added a shield mechanic that will block damage. The shield will also regenerate. So you have to attack it quickly enough so it breaks. And after that, you can damage the boss. 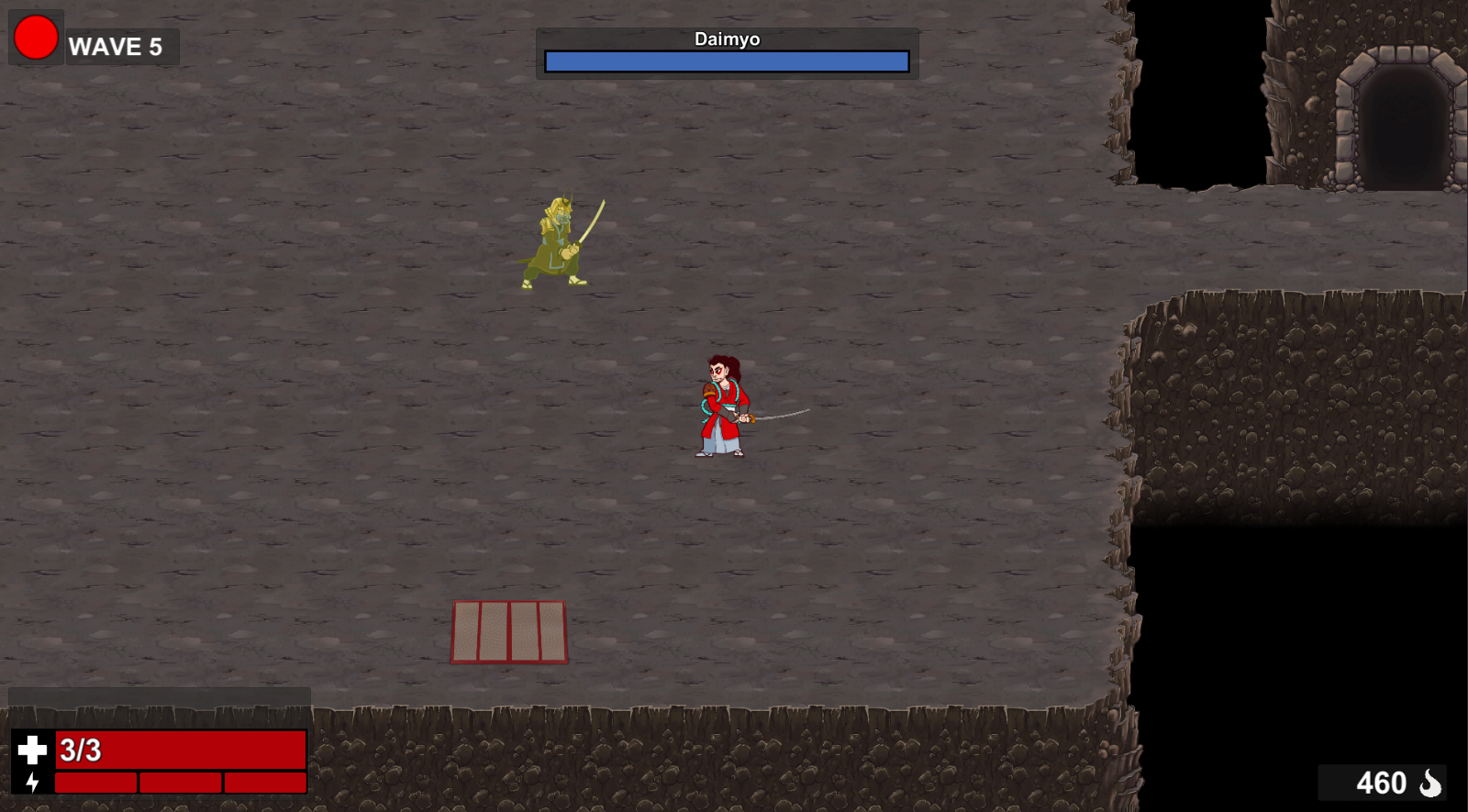 I had a complex system for items. The idea was that you could buy different items and set them to a slot for quick use. I stripped all that, and now you'll only have a potion. That potion will be able to be upgraded, but that's it.

I wanted to do Status Effects for a while. I can add some variety to the levels, without having to make new enemies. So, I started with Paralysis. Once affected, you can't attack for the next X seconds.